After having a conversation with an old friend about the healthful benefits of juicing, my guilt about my packed-away juicer was tweaked just enough that I hauled it back out…..what good is it if you are not using it?

In the past The Juicer, an Omega centrifugal style that belonged to my father, had – according to him – restored his health after being diagnosed with cancer.  It appeared to have had positive benefits. 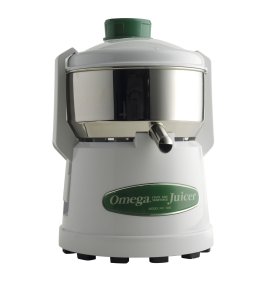 Once he felt he didn’t need it anymore, he passed it on to me.  In turn, after being diagnosed with my own health issue, I got serious about using it. It was clear I felt better doing it,  in addition to helping to feel somehow connected to him.  One glass of fresh vegetable juice always seems to provide a jolt to my system, a clear rush and eyes wide open.

Over time the juicer continued to get occasional use until one day when it became unbalanced while spinning, vibrating violently and impressively like the pod launching machine that sent Jodi Foster time traveling in the movie “Contact”, causing the plastic “bolts” that held on the top to actually shatter. The part involved the main body of the machine, which was irreplaceable. So that was the end of that.

“But wait!” said the Significant Other, who went digging in the cavern of the basement and came up with a discolored old centrifugal juicer salvaged from some previous relationship.  It was not the most effective machine, but being rather practical when it comes to my appliances, I made do with it for a while, until it just wasn’t doing the job.  Or maybe it just wasn’t making me happy.  Instead of conjuring up images of my father encouraging good health, maybe I was conjuring up his ex-girlfriend.  How could that be productive ?  I wanted “a good one”, so I went shopping.

The “good one” ended up being a highly rated, mostly stainless steel model.  It is extremely effective, but I must admit that, much like the rest of them, it feels a bit time-consuming to clean.  It takes up a lot of counter space, and if you don’t keep it out on the counter, it has to be taken apart and put away somewhere, then brought out again.  Out of sight, out of mind…… which meant I hadn’t been using the juicer as much as I had meant to.  It was lurking in the back of my mind, a little voice nagging at me saying “you are not taking care of yourself“.  Urging my friend to start juicing got me kick-started again. I imagined my father approving.

So here I am, back on board.  Which brings me to what I wanted to post about in the first place – Waste Not.

I got out my juicer and made some carrot juice. 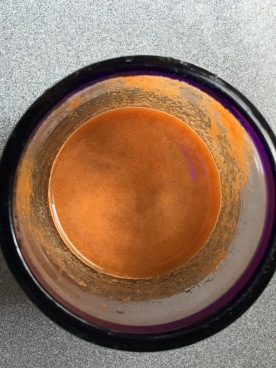 When I was finished I had a container of pulp left over.

I took the pulp and baked it into some whole wheat bread.

Then took the bread and made french toast for breakfast. 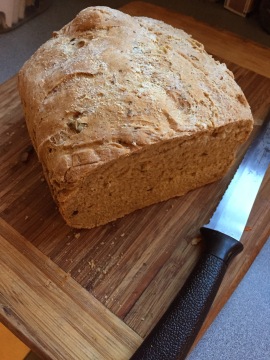 I should have taken a picture of the French toast, it looked yummy…..

It felt Useful. It felt Healthy. There was something extremely satisfying about the flow of it all. And I keep hearing the term “Waste not, want not” in my head…..

3 Responses to Waste Not