The Littlest of Things

It has been many months since I have attempted a blog post – essentially rendered speechless and saddened by what is going on in our country and in the world. In this time of tremendous stress, uncertainty, conflict, fear, and the pockets of hate that now engulf our nation and our planet, it has come to a point where I am frozen between small bursts of taking action and longer periods of taking to bed to hide beneath my covers.  Finding joy in the littlest of things has become my way of coping.

A bathtub drain catcher. You know, those little strainers that sit inside your bathtub drain and catch hair and other odds and ends before they end up sliding down the drain? Yesterday that is what gave me an odd sliver of joy, which segued into a metaphor.

My hair is the stuff of plumbing nightmares.  It is long and wild and I probably shed enough of it on a regular basis to stuff a sofa.  Every time the SO cleans out the trap, which is way too often because of me, there a great display of waving around the drain linkage draped with slime, accompanied by the annoyed/disgusted face that goes with it. I shrug with a little bit of guilt.

Trying to take responsibility for this dilemma, I bought two different drain strainers, which ended up being a fail – either they didn’t fit well enough to stay put or the holes were too large in them, allowing things to slip through.  Finally, not too long ago, he came home with what I was told was “the right one”. It fits into the drain snugly and collects pretty much anything besides water that wants to go down there, leaving a neat little pile at the bottom of the catcher that can be emptied.  Aside from keeping hair and soap bits from gunking up the pipes, it also will catch that loose earring that slipped out of your ear, or that ring you left on the edge of the tub that got knocked in, or the cap to the shampoo bottle. It is perfect. It solved the problem. For some reason, I grasped upon that small accomplishment with an overwhelming wave of well-being and satisfaction, if only for a few brief moments.

Our country – suddenly it feels as if the drain cover has been removed and there is a big open hole with no protection, leading down the pipe and out to the sewer.   We could use a drain catcher –  something that is going to let the dirty water go while keeping the pipes from getting gunked up, and also catch our most precious jewels before they are lost forever. 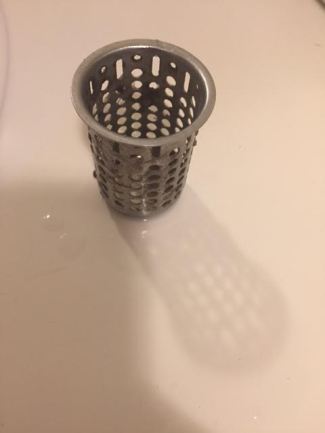 4 Responses to The Littlest of Things