The horse barn behind the house, long unused, contained six stalls and a hay loft. The floor of the barn was covered about two and a half feet deep in old horse manure, some of it probably one-hundred years old. I was ecstatic about using it in my garden, as were a number of the neighbors, who showed up with wheelbarrows and buckets to get their free brown “gold”.

However, it appears that over the years, the old barn floor had become a catch-all for garbage, and a number of unwanted items had been tossed there and forgotten. Now that it is raked and spread out in the garden beds, an array of surprises continue to emerge, especially after a rain. Rusty bolts, rubber washers, electric light switches, pieces of conduit, unidentifiable scraps of metal.

The most notable find in the barn was an old, rusted hand gun – still loaded. Not knowing the origin of that one, it was delivered to the local police department. I wonder what story lies behind it.

In the yard, buried in a triangle of dirt and weeds around a lovely Japanese maple tree, I found more garbage – mostly small empty packets of soy sauce.

There have been a number of owners, each with their varied histories. Immediately prior to our occupancy, the house itself, a late Victorian era structure, was home to Chinese boarders who worked at a local restaurant and were overseen by a matriarch. From the basement to the attic, it appears a number of people were living in every available space at one time. Inevitably, whenever we order Chinese take-out, whoever happens to be delivering the food will peek his head inside with curiosity, smile, and say “Ah! I used to live here! Very different now!”

The neighbor told me that the pillars on the front porch had once been painted a vibrant Mandarin Red. Above the porch, covering over an old metal eagle 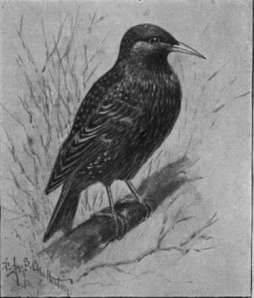 decoration, there is a gold medallion with a dragon on it. There were large, outdated Chinese pin-up girl calendars in a few of the rooms.

On the floor of the basement we found a sizable dead starling. I can’t imagine how or why a bird would have gotten down there.

In the attic were boxes of pink tile and a large portrait of Jesus, the kind where the eyes seem to follow you wherever you go. My sister and I were clearing out what was left behind, tossing items out the upstairs window into the back yard below to be dumped. We stopped at the Jesus picture. “You can’t throw Jesus out the window!” she cried. So I respectfully carried the portrait downstairs and pla 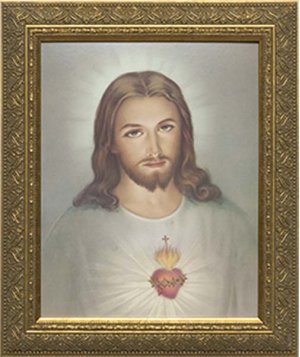 ced it out on the back porch until I could find a home for it. The next day I discovered that the Significant Other had placed the Jesus in the barn window, facing back towards the house. Every time you looked out from the kitchen or walked outside, Jesus was looking back at you, watching. Eventually we found Jesus a new home.

While gutting the tiny downstairs bathroom – a later addition to the house, complete with giant orange and avocado daisy wallpaper – a mysterious discovery was made. Tucked carefully into a space between the studs was a neat package of Chinese newspaper. Inside the package was a single bone. What kind of bone was this? Could it be a talisman meant for good luck, or to keep

harm away? Nobody I spoke with had ever quite heard of this. While I found it curious and a little spooky, the SO easily dismissed the package as no mystery, convinced that whoever did the construction on the bathroom merely finished his lunch and then conveniently built his trash into the wall. He says it’s done all the time. So much for romanticizing.

Some people find money in the walls of old houses, but of course, for us it’s voodoo bones or Kentucky Fried leftovers.

But still…..A loaded gun. A dead starling. Chinese calendars. A watching Jesus. A bone in the wall.

What stories could they tell, these things left behind?

Like Loading...
This entry was posted in Humor, Uncategorized and tagged Home Owners, Mysterious things, Old Houses. Bookmark the permalink.

1 Response to Things Left Behind