Crumbling Under the Weight of Technology

They say you can never go back. After having this new Droid Charge for a few days, I ended up sitting there with it, close to tears.  I am having a rough time managing my new Smart Phone.  I feel too dumb for a Smart Phone. I miss my Stupid Phone. I am wondering if I should go back to it, if I could.  I am afraid it might be too late, I have already jumped in the water.

My old cell, a very basic, small LG which I have had for years and which does not have a QWERTY keyboard for texting – nothing very fancy about it – has started to wear out. Everyone is texting me, both family and from work,  and it’s very hard to text back at them with a standard phone keypad. Seeing as I don’t hear too well as it is, I figured texting is my new reality and it was time to finally get on the bus with this. 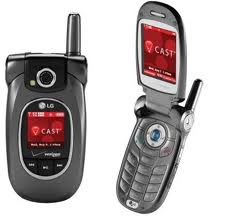 So I went to the Verizon store and found myself overwhelmed with choices. Overwhelmed being an understatement; I was just blown out of the very water I had just jumped into. I have an iPad and after working through the pros and cons of that, I decided I did not want the same cons if I went with an iPhone, as cute and appealing as they are.  After much confusion and great angst on my part, I finally ended up going with the Samsung Droid Charge.  The screen seemed easy to see, it has this sweep option for texting where you don’t have to punch in the letters but merely drag your finger across them, it’s 4G,  it has some voice activation options…I thought in the long run this could be a good thing.  The Nice Guy in the store added some apps for me, moved my contacts into the new phone, paired my bluetooth and sent me on my way.

So I fumbled with it for a couple of days. Aside from the learning curve involved, which for me has been rather daunting, I discovered that it has connectivity problems with my bluetooth. My bluetooth was fine with every other phone but this one.  I even paired it back to some other phones to see if it worked.  And it’s only about eight weeks old, since I had recently run over my other one in the driveway.  The bluetooth is fine.  The bluetooth is a necessity, I can’t use the cell without it (hearing issues again) – there was no other option for me right now.   While using it with the Droid Charge,  I can hear the other person on the other end, but suddenly they are not able to hear me. Worse, at one point I was on the phone with a credit card company discussing my account and we lost the sound mid-sentence – we were not disconnected, we just could no longer hear each other. Then we suddenly got the sound back again.  Not OK.  So I did a search on the internet and found this problem is not uncommon with the Charge…. all sorts of people were complaining about it.  And I was just getting used to it too.  Too bad. The phone was promptly returned back to the store as I still had a few days left for an exchange.

As I walked in, a sales girl locked me into her sights and made a beeline for me. I could tell as she was coming towards me that this was not the person I wanted to be dealing with, I don’t know why.  Have you ever had a gut feeling where you just know?  I had one of those feelings.  It was too late though, she was upon me. She had an Attitude emanating from her.  I tried to get past that to conduct business and explained what the issue was. She asked me to call the store phone while using my bluetooth to show her the problem. Of course it didn’t happen that time, so she says to me that she needs proof of the problem, otherwise she cannot exchange my phone. I have to prove it to her.  This really annoyed me, as I am allowed to return the phone for ANY reason within the window of time allotted.  Not only did she have an Attitude, but she started to get a little Bossy.  I told her that it is not working with my bluetooth, I am not making this up,  I am a person with a hearing disability who explained that right up front when I bought the phone in the first place. I can’t hear on it. I want to exchange it. End of story.

She then tried to blame my bluetooth and sell me another bluetooth.  It’s not my bluetooth.  I stood firm.  She walked away, she came back to me, walked away again.  While she was coming and going, I  tried to call my daughter while standing there in the store, and sure enough, she was unable to hear me. I walked over to Miss Attitude, handed my cell to her and said “Listen, it’s doing it now”.  She listens to my daughter saying “Hello? I can’t hear you!  Are you there?”, made a Pissy Face and then said to me “Well, I need proof on our phone here in the store”.  I swear I wanted to punch her at that moment.

So I made a bit of a fuss.  Maybe I got a little loud.  The store was starting to get pretty crowded with customers at that point and I was getting louder and louder.  She looked pissier and pissier and then finally conceded that “There must just be something wrong with this phone” and offered to exchange it for another Droid Charge –  but she tells me there is going to be a $35 “restocking fee”. Excuse me? The phone is Not Working.  I am NOT paying any restocking fee for a bad phone your store just sold me, sorry.  She got her manager.  They exchanged the phone for free.  Once that was settled I tried being more friendly and nice while she went into the back to load my data from one phone to the other.

When I got home, I went to make a phone call and realized Miss Attitude had not switched over any of my contact numbers.  My entire phonebook was gone.  Everything.  My work numbers, my family and friends.  I have to wonder if she was just inept or if there was some subliminal sabotage involved in that.  I wanted to scream.  Of course, it turns out that my numbers had not been saved in the Verizon data base since apparently I had never signed up for it.  I called the Verizon store, luckily got someone competent on the phone who told me they would grab the phone I had just exchanged and hold on to it so I could get my contacts back.

I was at their door first thing the next morning, needing to take time off from work to deal with this.  On my way back to the store, I put my bluetooth on to make my first call of the day and the person on the other end couldn’t hear me.  Second Droid Charge, same problem. I think this was the point where I wanted to cry.  When I got to Verizon, thankfully, Miss Attitude wasn’t there. I dealt with really Nice Guy #2 and we talked about the problem.  After some 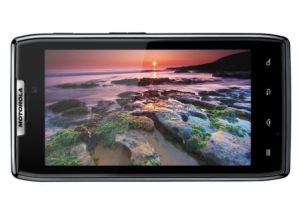 discussion,  I decided to ditch the Samsung Droid Charge and go with the Motorola Razr.  It cost me more money for the phone and they charged me a restocking fee (which I think is not fair, since again, the phone was flawed).   They loaded all my contacts into the new Razr, which, by the way, the bluetooth works fine with it.   Miss Attitude arrived for work at that point, made her Pissy Face when she saw me and made some comment like “Oh, I see you are switching phones” and “They told me about your contacts”.  No apology, nothing.  The Nice Guy #2  told me she was fairly new. I think they should ditch her now.

My thoughts on the new smart phone……the cons first, coming from a newbie who feels like she is in phone Oz at the moment.   It’s large and awkward compared to my old-fashioned cell, which fit in the palm of your hand and slipped easily into a pocket.  It’s so sensitive that the merest accidental touch has dialed wrong numbers and taken me places I didn’t want to go with it.  It uses a lot of battery very quickly.  You have to pay more money per month for its use.  On the old phones you could feel the keys and hit speed dial efficiently. With this, you don’t know what you are hitting unless you are looking.  If you want to keep a lock on it, you are constantly having to unlock it and then put in your code – two steps –  just to make a phone call. It appears it does just about everything but make easy phone calls.  These are really little pocket computers more than telephones.

Hello? I just want to make a phone call.

I see the potential in them.  You can pick up your email away from home if you have to.  If your office computer has a firewall and you can’t access what you might want to during the day, you can take out your handy cell phone and do whatever it is you need to do.  It has all sorts of apps, datebooks and reminders, weather, whatever.  If you just had your phone with you, you could still take care of a lot of business.  Apparently there are a world of things to explore that this phone can do.  The Razr is supposed to be made of Kevlar and resist damage.  The Swype technology is rather impressive.  There is voice recognition that will translate into text. I haven’t used it yet, but I can see down the road how that could be helpful with a hearing loss.

These Smart Phones are addicting.  Today I stopped at a Starbucks.  There was a long line of people ahead of me at the counter, most of them appeared to be students from the college across the road.  Each person had a cell phone in their hand and each one was texting on it or scrolling across a screen. Every single one of them. They were not talking to each other, they were hooked into their machine.

Has anyone seen the YouTube of the toddler trying to swipe the pages of a magazine?  Will the next generation grow up without knowing what it is like to hold a magazine or book?

OK, we move forward into the future.  My daughter grew up without having a rotary phone. I almost find that hard to believe, but it’s true.  They never used a typewriter either.  They never had record albums.  Her children will grow up with – what?  I totally realize now why my mother wanted a microwave with a dial timer on it instead of a keypad.  We found one for her and used to make fun of her about it, her desire for some simplicity attached to such a modern machine.  Sometimes I feel as if I am crumbling under the weight of technology.  I am conflicted.

9 Responses to Crumbling Under the Weight of Technology