Before the advent of rainbow colored hair dye – and when I was much younger – I used to run henna or indigo through my hair to give it a red or blue tint, for fun.  I recall my mother-in-law using henna in all seriousness to cover her gray locks and turning her hair a clownish Bozo orange.  But it was years later when I wandered through a souk in Morocco and came upon a group of Berber women applying henna to hands and feet.  I watched in fascination and wanted to know more.

Henna (Lawsonia inermisis) is a shrub from the family Loosestrife, 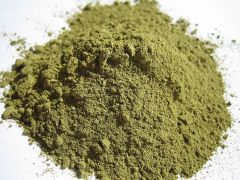 also known as Egyptian Privet.  It produces small, fragrant white flowers and bright green leaves – the leaves which are dried and crushed into powder.    Henna, with a history of 5000 years, has its origins in Asia and the coasts of Africa.  The use of decorative and cosmetic henna can be traced to ancient Egypt.

The art of mehndi is the application of decorative henna.  Henna paste has been used medicinally to cool the body and sooth the skin.  Cosmetically it is used to color hair and applied ritually to ward off evil or to adorn in ceremony and celebration throughout North Africa, the Middle East and India. Henna is also used to decorate the skins on frame drums. The henna artist mixes the powder with a liquid and oil to produce the henna paste that will be applied to the skin.  Each artist seems to have their own special recipe, some quite fragrant, with the goal of producing a dark, beautiful stain that will last about two weeks before fading away. 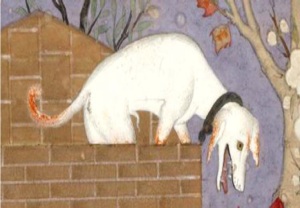 There are Persian paintings from the 1500’s depicting women with henna on their hands and feet…..and I was thrilled to discover a detail within a painting of this clearly special Saluki dog with henna applied on ears, feet and tail.

When people get together to apply henna to each other (or a bride) in a henna gathering or henna party,  there is an air of festivity which includes food, stories and laughter.

I love henna. I love Salukis.  I love Middle Eastern hand drumming. I love the symbolism and history of the designs, from strong Moroccan tribal lines to the more flowery Indian patterns.  I have been doodling something similar on the edges of notebook paper, printed  agendas and hand-outs during our work meetings for years. Mehndi embodies a number of areas that attract my senses and interests.

And so, after a long period of collecting henna books and just looking at the pictures,  I finally decided to further pursue this art. 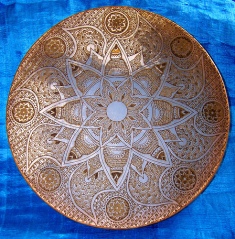 Despite the occasional dabbling, I would have to say I am at this point a rank beginner.  When one of my  daughters comes to visit, I paint her hands with henna, wrap them in toilet paper, put a pair of the Signifcant Other’s old socks over her hands and make her sleep like that overnight so the henna will stay put and darken.  Then I send her home and back to work after the weekend with rust-colored, haphazard designs on her palms and the tops of her hands…..some of which are not that great looking.  She’s a good sport about it though.

I don’t think my other daughter would want to be caught dead in it. 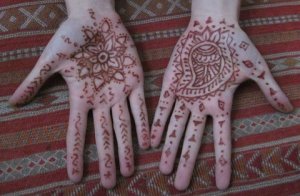 Lately I have been experimenting on some of my willing friends.  They have been good sports too.  I often arrive at work with tribal looking hennaed hands and feet that eventually fade out after a week or two, sometimes then resembling a skin disease; toes darkened with mysterious marks and symbols, palms that mimic stigmata.  After the initial raised eyebrows, I think my coworkers are starting to get used to it too.

Further exploration has taken me to recently attend a henna conference where artists and those interested came together to learn the history of henna, techniques of mixing, application and design.  Not finding anyone interested enough to convince going with me required stepping outside my comfort zone a little and going alone.  My lack of ease revolved around the fact that I am severely hard of hearing, which makes socialization, gatherings, conferences a major challenge.  But I went anyway, with the intention of getting some hands-on practice and inspiration

The event was welcoming and tinged with an air of excitement. Despite the availability of some beginner classes, I realized pretty soon that I was waaaay out of my league.  There were some Very Talented mehndi artists there, who were able to whip off some lovely designs with accuracy, speed and finesse.  It was a little intimidating to be making my out-of-control chicken scrawls beside them, but also inspiring.  One woman dashed this design off in a couple of quick minutes before moving on to more intricate works.

I met henna artists who make a living doing this at fairs, for weddings, parties and special events, which is a whole other level.  For me, I just enjoy the aroma of the henna, the tradition-steeped history of this art, and hope to eventually become more adept.

Below are the hands of one of my friends who is a Middle Eastern drummer, together with her daughter – this lovely photo taken at her wedding.

There is something very beautiful and somewhat magical regarding the practice of mehndi.