My credit card bill came in the mail today.  Usually this particular card is only used for online purchases that use secure sites, and there were only a few purchases made this month, so the anomalies jumped out at me immediately.  There were about eight or nine unauthorized charges to Facebook, of all things, totally over $150.  At least that is what it says, but I think they might be bogus charges under that name with the charges going out to someplace else, possibly not even in this country.

I am not connected to any apps, I don’t pl

ay games online, I never have ordered anything through there.  On top of all that, I am one of those people who fanatically, ritualistically and religiously shreds their discarded papers and mail.  Everything. For anybody to get my info out of the garbage they would have to be insanely compulsive trying to put that puzzle back together. I am sure there are much easier pickings around.  I also change my passwords and use ones that come out as “strong” or “very strong”.  Needless to say then, this was more than disappointing.  It seems nothing is safe and secure.

But what was even stranger is that on the same day these eight charges were made, each one was also reversed and the credit returned to me.  Did the bank get hip to this and make amends as it was happening or what?

I called the bank, made my complaint to a very friendly woman who was blessedly articulate and clear…..but then got transferred and had to explain the complaint yet again to woman number two, who was the person who would be closing out my account and sending me instructions on how to proceed.  I say “woman” but she had the voice of a girl….actually one of those exaggerated “Valley Girl” type voices that sound affected and silly and trill.  She sounded as if she had gum stuffed in her mouth.  Like something right out of a teen genre film.  Actually, I almost thought she was joking at first.

Add to that the fact that I am more than sort of hard of hearing and the phone connection maybe was not the best.  I don’t understand how person number one could connect and come in loud and clear and person number two was a mumbling mess of fuzzy words, but that is how it was and how it often is – the unpredictability of the next call.  Sort of an anxiety producing scenario for most deafies I think.  I should have been on my Caption Call phone for this conversation, which would have used some voice recognition to repeat her words, albeit with the slightest time lag.  But when I saw the bill I was so taken aback about it that my knee-jerk reaction was to pick up my cell and just dial the company immediately.  By the time I realized the problem, we were too deep into the situation and I would have had to hang up and call back from another number, probably starting all over again with a new customer service representative.  So I blundered forward.

There was a lot of WHAT? and HUH? and EXCUSE ME? going on.  I know she must have been very, very frustrated dealing with me;  probably more than I was with her, but she kept her cool and did her job patiently despite the repetitions.  I think the person who “may be monitoring this call” that they always warn you about at the beginning of these types of business phone calls would have been proud of her diplomacy, and I hope she got some good brownie points on her customer service corporate score card for that. 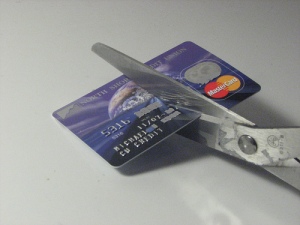 …despite that voice of hers.

After they checked my credentials and I proved my identification, they sent me an affidavit in an email to sign and I sent that off.  Then I was instructed to cut up my card.  I have had this account for twenty-six years.  Just having to do this really pissed me off.  Now I will have to figure out which online accounts I had it connected to, make those changes and start all over again. Following that, I did an internet search to see if there was anybody else getting these bogus Facebook charges.  Indeed, these identical types of charges were showing up on the statements of other people too.

Theft” meant a spy in a trench coat walking around with your name and your life story while conducting espionage…. where at the end of the movie he/she would suddenly stop and slowly peel off the remarkably life-like rubber face they had been wearing to reveal the true identity of the person within.

OK, so these cards are incredibly convenient and, in this world, now almost a necessity if you need to complete certain business transactions.  But not having them or rarely using them? Very tempting food for thought right now…….