Where Did the Weekend Go?

I’m writing this post while eating lilac-colored chocolate covered sunflower seeds and waiting for the next episode of a series I watch once a week on television.  I should probably turn on the set and try to figure out which station it is on ahead of time so I don’t miss the beginning of it.  I go through this every week.  I keep meaning to write myself a cheat sheet of my favorite few stations and tape it near the TV.  I don’t need nine hundred channels, I only really need a few.

I have become one of those people who cannot navigate their television/dvd/cable box at the same time. What is the difference between “Power” and “On”?  If you turn one on, the other goes off. Sometimes if you push one of them, all the lights on the remote start going crazy like in Close Encounters of the Third Kind.  If you turn both the box and the television off, the dvd player turns on and a little light says “Welcome…..Loading….”.  Then you have to get up and turn off the dvd 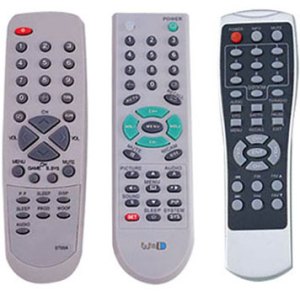 Other than that, I am kind of disconnected from everything at the moment.  If you asked me what I did this weekend, I would have to say I don’t remember because it wasn’t particularly productive. And speaking of another kind of “stuff”, there are piles of stuff all over the house waiting to be dealt with and I am not dealing with any of it.  I actually bought plastic tubs in order to organize things and haul them up to the attic (where there is more stuff), but I haven’t even gotten around that either, so everything is sitting in the hallway, including the tubs.  The only neat spot in this house at the moment is the made bed, which is kind of an oasis.

I know George Carlin has written the ultimate discourse on “Stuff”, and funny as it is, it’s all true.  The problem is that a lot of the stuff I have is Good Stuff, or Cool Stuff, and you just don’t want to throw out good, cool stuff.  The other thing is that I have become the Keeper of Family Stuff, which means that I am storing things from deceased loved ones that I cannot bear to part with or feel obligated to pass on to future generations, and yet most of it is not doing me any good.  I had hoped that I could pass down some of this Family Stuff to my children, but they seem to have little interest or emotional attachment to most of it.   To me, it seems sort of disloyal to not make sure it keeps on.  But they are not ready for more stuff anyway. As a matter of fact, a lot of their stuff is stored with me.

I occasionally get to a panic point regarding all the stuff around me, at which point I manage to get rid of some of it, but something always comes back to fill the space I just emptied…it appears to breed when I am not looking.  I yearn for a serene white space, but then something interesting always appears. So I guess I can say I spent part of the weekend wor

rying about things, and Stuff was just one of those things.

How did I waste all these hours? I don’t know.  I would not say I was luxuriating in any way.   OK…I did manage to get some laundry done and cleaned the bathroom.  The SO and I went grocery shopping.  I made a fig/arugula/pear/goat cheese/rosemary pizza tonight, which had potential, except the crust ended up being too thick and it was a bit leaden instead of light.  I threw out a huge accumulation of catalogs….and…well…..as I was throwing them out I looked at some of them first and got into my catalog day-dream mode so it took longer than it should have.   I practiced playing my drum a little bit. I went out shopping for sneakers but met without success as every time I settled on a pair, they were out of my size. There were a lot of little errands.  However, this does not add up to an entire weekend.  If it does, then “time management” might be something to look at more closely.

I feel like I am going to have to make up for this lost weekend somehow and get really productive. That’s the goal.  I will start with a list.  Tomorrow.

Like Loading...
This entry was posted in Humor, Uncategorized and tagged Stuff, too much stuff, weekend. Bookmark the permalink.

1 Response to Where Did the Weekend Go?