The Art of Recuperation

A few days ago I had cubital tunnel surgery on my arm to free the nerve which was crushed and affecting the muscles in my hand.  It is something that has progressively been getting worse over time – something which I have been avoiding by pretending everything was fine, even though I have been typing e.e. cummings style without using caps for years (but not here, and not without effort), as hitting the cap key with numb, unresponsive fingers is difficult. Things have gone on this way until the surgeon told me some of the muscles in my hand are wasted away, never to be restored. He said if I did not do something about it, the rest of the muscles would follow suit  and I was going to end up with a useless claw for a hand.   Horrible images of becoming Lobster Woman 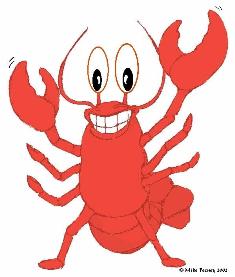 instantly came to mind. With that picture burned in my brain, I finally took the plunge and decided something better be done about it.  Suddenly not wanting to wait another moment, and assuming that slow and easy summertime would make this as good a time as any, I decided now is  best to get it over with.

This is actually the first in a repertoire of repairs that are lined up for this year.  I am probably going to be bionic by the time all of them are completed.  And yes, it is a constant reminder that aging and illness and general deterioration totally sucks.

While the summer has been, for the most part, a sweet balance of sun, rain, heat and breezes, the day of the surgery, an out-patient event, happened to correspond with the onset of a major heat wave, which is still occurring at this moment.  This is seriously not the best time to have your arm bandaged up, limiting the capacity to get totally immersed in water.  But that is what it is, and here I sit, subsequently hibernating in the blessedly air-conditioned sanctity of the house and trying to only do things that do not require bending both arms. I actually do feel like a lobster anyway, even though that possibility has been circumvented.

Typing is steady but going  v e r y,  v e r y   s l o w l y.  This is a good time to catch up on this blog that I have not been focused on enough lately, due to a lot of other distractions, including this one.  Part of me feels like I should be cleaning, or straightening, or eliminating some of the piles of stuff that are lying around here, making some progress while having down-time away from my job.  Another part of me feels guilty for using my sick-time, even though I have so much sick time that I have hit the maximum ceiling for accruals and have actually lost sick time for not using it.  However, my conscience persists in nagging.  The Art of Recuperation is not one I have mastered…there seems to be guilt attached to everything I don’t complete, as if relaxation is a sin.  But I really don’t feel like doing much of anything.  I even watched television this week and just lay there in our Soporific Bed, flipping channels.  Not much like the usual me at all.  And there was nothing good on either.  So many channels, so much crap.  Really.

Yesterday I decided to get out of the house and take advantage of daytime business hours to take care of some light errands.  It was my first day driving, and I figured it would be no big deal because I could keep my arm still and my hand in my lap.  But I kept wanting to have both hands on the wheel, which hurt a little, especially backing up, and also, I am just extremely tired, even though I am not doing much of anything. So I got out there to take care of things and burned out really quickly in the middle of it all.  I am wondering if merely getting knocked out under anesthesia has some residual effects that last a few days?  Or maybe it’s just the heat……

Speaking of the ongoing heat, this morning I woke up antsy and decided I needed to once again leave the totally comfortable confines of my air-conditioned world and venture outside while it was still early, not too hot yet, and while I still had some energy.  So I went to a local, annual street fair, perused some vendors, listened to some good, live music, ran into a few people I know for some idle chit-chat, sat by myself and indulged in some gazpacho and iced tea, and had a street vendor apply some mehndi (henna designs) on my one good hand…all just to kill a little time.   When I was finally ready to leave, the temperature had shot up to over 100 degrees, not factoring in the humidity, and was well above that out on the open street.  My arm was pounding, sweat was running off every part of me, and to add insult to it all, I had the usual, over-heated, alarming and embarrassing  Tomato Face.  The long walk back to the car felt endless.  Heat shimmered off the pavement.  I idly wondered if I would pass out. The inside of the car was beyond a blast furnace – I actually did think I was going to pass out when I climbed inside.

Upon returning home, I was one big salty, arm-throbbing, exhausted, red-faced mess.  And then I had to do this modified bath thing, because climbing in the shower would have meant wrapping my arm bandage in plastic bags, and I just couldn’t deal with the time it took to do that, feeling the overwhelming need to get immediately wet.

I took a picture of my one henna-painted hand while it is still pretty fresh.  The hand is resting on top of my drum (which, at the moment, I cannot play and won’t be able to for a number of weeks), but I think it looks rather festive.  I am back in A/C hibernation now. I think I am going to watch television.  Hopefully something good will be on. One can hope.

1 Response to The Art of Recuperation