Accepting What You Do Not Want (or “When is a Brulee not a Brulee?”)

This is my birthday week, which I have been celebrating in a variety of ways, mostly food-related.  Essentially, I have been eating my way through the week via a delightful combination of delectable fare at some lovely venues, accompanied by beloved friends and family. It has been decadent.  It has been good.

Birthday Lunch yesterday found Daughter#2 and I at a restaurant known for its distinctive Northern Italian cuisine – one of those places with a wood-fired oven and a very good local reputation.  Slightly after the lunch rush, the place was mostly empty. I think there were maybe two other tables occupied at the time, and those diners were clearly at the end of their meals. 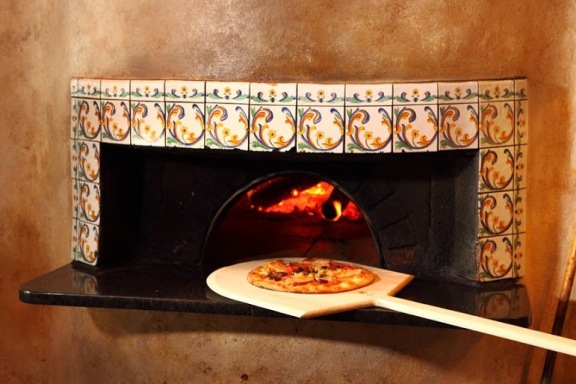 The waitress led us to what was probably the least intimate and uncomfortable looking table in the place.  I looked around at all the other available, cozier, more acoustically friendly spots and requested a different table. She looked at me as if this was some outrageous request that nobody had ever made before.  She then accommodated us.

We ordered our meal.  It was delicious, as the food at this restaurant always is.   We sampled and shared off each other’s plates. I gazed lovingly at my beautiful girl across the table.  I felt content and happy, and so very lucky.

When it came time for dessert, we decided we would split a Key Lime Brulee.  But our waitress was busy chatting a man up front by the bar.  She did not turn around to notice we were ready to move on.  We waited.  And waited.  The wait was sort of breaking our momentum.  I kept looking towards her direction, sending her psychic “turn around” messages through her back, hoping she would pick up the signal, catch my eye, notice us. I did not call out or say anything, I just looked in her direction, willing the waitress to return to our table.

“Mom!” hissed Daughter#2, much the very same way she used to at age eleven, when every word I said, every action I ever took was surely designed only to embarrass and mortify her.  Except she’s in her twenties now.  Do they ever outgrow their impatience and frustration with their mothers, or are we destined to forever be a potential embarrassment?

Eventually the waitress returned.  We ordered the Key Lime Brulee to split between us.  Our waitress then went back to chatting with the guy up at the front of the restaurant.  We waited.  And waited. And waited. We wondered how long it could possibly take to torch the top of a Brulee.

I saw the plate come out of the kitchen and go out on the serving counter.  The waitress still kept conversing up front and did not turn around.  I bored few more holes into her back with my laser beam eyes.  “Mom! It’s OK!  What’s the rush?” said my daughter again……as if my impatience was inappropriate; as if I was ridiculous to think it is not OK to sit there waiting while your dessert sits on the counter and the waitress is having a social moment.

Finally our waitress must have felt the smoking holes boring into the back of her skull and took our dessert to the table.  We looked at it. Then Daughter#2 and I looked at each other.  It was not a Key Lime Brulee.  “This isn’t the Key Lime Brulee”, I said to the waitress.  “Yes it is, this is the Brulee!” the waitress insisted, and started to walk away.

I checked again with some skepticism.  I had never seen a brulee that looked like this in my life.  It was a cake-like pile of stuff with a little scoop of ice cream on the side. Daughter#2 and  I discussed the dessert with puzzlement.  We figured then it must be some new kind of creation this nouveau restaurant decided to call “Brulee”, perhaps some signature Northern Italian Brulee we had never heard of, a custard-less, cake-like Brulee?  I suppose anything was possible. The waitress hadn’t brought us any utensils to eat it with either,  so we had to ask her for spoons before she vanished again.  I was starting to feel more than a little annoyed at the turn of events, but I figured I would just go with it.

We dug into the “Brulee”, and damn if it didn’t taste like bread pudding to me. 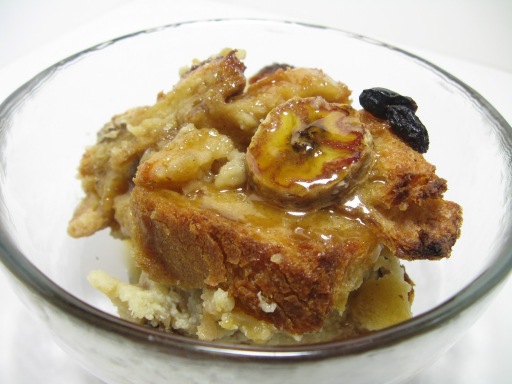 That’s my kid, not wanting to make any waves, even if it means calling a Blueberry Bread Pudding a Key Lime Brulee.  She might accept that.  However, I can be a wave-maker when the occasion calls for it and I sort of felt this did.  I had been looking forward to a nice, light brulee, not a heavy bread pudding.  It was my birthday, after all.

“I don’t taste a hint of Key Lime in this Brulee thing” I continued, just not letting it go. “Well, I taste the lime!” Daughter#2 said.  But that was wishful thinking on her part. There was no lime in this imposter dessert.  There was no way I was going to get psyched by anybody into believing this was a Key Lime Brulee.

The waitress came by again and I reiterated, ” Excuse me – but this is not Key Lime Brulee”.

“Yes, it IS!” she said again, with the emphatic insistence. “It’s just more like a bread pudding”, she said, and walked away again.

Because it was my birthday and we had apparently ordered this Not Brulee that we didn’t like much, I finished it, although I did not enjoy it.

Then there was more waiting for the check.  By the way, we were the only ones in the restaurant at this point, and there she is talking with some guy up front at the bar again.  I grabbed a menu to check and see what it was she had actually given us.
“Mom!  What are you doing?  Why do you have to look at the menu?  Just leave it alone!  Mom! MOM!”

Well, sure enough, bread pudding was on the dessert menu, along with the Key Lime Brulee, and that is what she had brought us – bread pudding.  You know, it’s one thing to make a mistake and bring the wrong dessert, really, no big deal there.  But don’t be telling me I don’t know what I am eating. When she returned with our check I told her I had looked at the menu again, and that indeed she had given us the wrong dessert.  What she should have done then was offered to take it off the bill.  Instead, she just shrugged her shoulders.

At the point of the shoulder shrugging, which really pushed a few of my buttons, I should have put the ball back in her court and insisted she take it off the bill.   But my daughter had become so impatient with me over the whole thing and my potential for wave-making, that I said nothing more……at least not then.

Daughter#2, who graciously insisted on paying the birthday bill (despite being under- employed at the moment, which made her gift at lunch even more generous), left a twenty percent tip, too.  I said nothing. We left. Once back in the car,  because I was a little more than annoyed, I emphatically pronounced, “That waitress was an idiot”.

“MOM! What’s the big deal? So we got the wrong dessert!  We had a nice time! It’s your birthday!  You know, you are getting cranky and intolerant about stuff as you get older!”

Intolerant.  Well.  In the scheme of life, the wrong dessert is a non-issue. As a matter of fact, as I write this I admit I have actually stopped between sentences to laugh aloud at how ridiculous the whole scenario was.

Question: When is a brulee not a brulee?  Answer: When it’s a bread pudding!

I am sure we will laugh about this story again some time down the road.  What I didn’t like was being told what I knew to be right as wrong, and treated like some fool that didn’t know what she was eating…and paying for it too.  It was not about the bread pudding, or the cost of the bread pudding.  It was about respecting the customer. It was about not accepting what you don’t want when you don’t have to.  What bothered me most of all was that my daughter could not understand why I was making my point.  It bothered me that she wasn’t demanding that same quality – not for me, but for herself as well.

So this is something I have learned “As I Get Older”, and if it comes off as cranky or impatient or less tolerant…well, too bad.  If I pay for something, I expect it to be what I pay for, whether it is a product, a meal, an experience, or decent service. I’ve worked hard for my money. If it is not up to that standard, then I might let it ride, but I just might have a say about it too, depending on how I feel, which is OK.  And I certainly don’t need anybody, especially some stranger, telling me something is not what it clearly is.

The finale to this story is that after sleeping on it, this morning I decided to send off an email to the restaurant, letting them know what happened and how I felt about it, because it wasn’t OK with me.  I didn’t really want to get the girl in trouble, but it wasn’t acceptable to me.

I immediately received an apology from the General Manager for the actions of the waitress, who was fairly new and green.  This is exactly what a venue with any class and reputation should do.  In addition, he offered to send a gift card as a token of appreciation for our business and for the dessert that we did not receive.  I thanked him for his generous offer ….and gave him my daughter’s address.  I want her to know that although sometimes it’s OK to let things go, there is also nothing wrong with standing up for yourself either.  There is no reason to sit in an uncomfortable seat in the restaurant, nothing wrong with asking to be moved away from a blowing air vent, or the bathroom.  There is nothing wrong with asking for the dessert you ordered.

Yes, when you get older you learn what things to let go and what’s important. You learn to accept the things you cannot change, but also to change the things you can…….if you want to.  Even if it is only a dish of Key Lime Brulee.

Like Loading...
This entry was posted in Aging, Are you kidding me?, Humor, Perspective, Uncategorized and tagged birthday, customer service, dessert, dining out, good service, making a fuss, mothers and daughters, parent child relationships, restaurants, the embarassing mom, waitressing. Bookmark the permalink.

11 Responses to Accepting What You Do Not Want (or “When is a Brulee not a Brulee?”)