What Do You Do All Day?

Since I have been officially out of the workforce, people who are working full-time or who I have not seen in a while will inevitably turn to me and say “So…….now that you are not working, what do you do all day“?   Every time this happens to me, which is rather frequently, I am caught off guard.  There are plenty of things I do all day, but I never really made a laundry list of items to have prepared when the question is posed.  For some reason they feel like excuses, and I really shouldn’t have to be making excuses for where I am now in my life.  I’ve been working since I was fourteen years old, most of those years in the service or health fields.  I think I have paid my dues to society, to the government, to my family, to myself.

Today I attended the annual pre-Thanksgiving office party at my former workplace, which I was invited to, with the request that I bring my famous (at least famous there) Party Artichoke Dip, which I did.   So there I was, sitting at the end of a long row of tables filled with former coworkers, supervisors and HR people, when suddenly someone from the other end of the table called out That Question; “So now that you are not working, what do you do all day“?  The room seemed to get pretty quiet.  Suddenly all eyes were upon me.  As usual, I was not prepared and caught off guard again, although I thought I fielded it pretty well.  But I left out a lot, and on the way home I thought about it a whole lot more.

Perhaps my defensiveness is just my perception of innocuous questions put forth by people genuinely interested in how I am spending my (unplanned, unanticipated, unprepared for)  retirement.  But sometimes when I am asked this question, at least by some people, there tends to be a glimmer of something else attached to it, the way there might be a shade of an attitude when you sometimes hear certain working mothers talk about stay-at-home mothers (or vice-versa).  Just the faintest hint of a verbal smirk.  A holier-than-thou-ness.  A vague but palpable tinge of resentment.  Not all the time, but some of the time I get the feeling they think being home is like being Cleopatra, reclining on a chaise lounge and getting served all day. 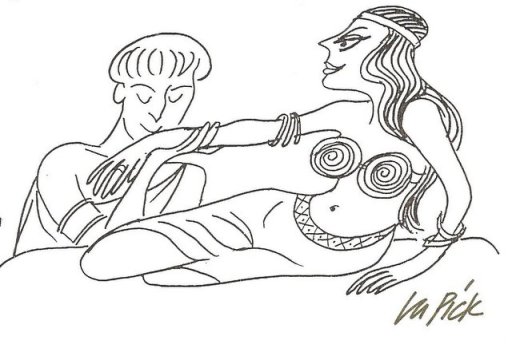 I’m just lounging around all day being waited on.

Well, in case anybody is still wondering, you don’t have to ask because here is how it is.  At least once a month – sometimes once a week, sometimes a few times in one week, depending  – is spent at medical appointments.  Most of these appointments involve anywhere from two to three hours of travel time in addition to waiting, tests, and the actual doctor visits….and the expense attached to it.   A number of unanticipated days a month also involve downtime surrounding not feeling too well, which is part of why I am out of work in the first place.

I am still fielding questions and providing help to my former colleagues.  It is not unusual to get a phone call, text or email at any given time asking where something is, needing to be walked through a computer issue, asking my recollection of an event or my opinions on a situation.  Since I left on good terms, I am not opposed to helping them achieve the best possible outcomes.

I have been devoting a number of volunteer hours a month to an organization that runs a clinic providing free holistic health care to the community.  Sometimes I put in more hours, sometimes less. These hours are mostly at my own discretion.

The time frame for accomplishing things in my life, including necessary chores, has mostly changed, but as your obligations change, the rhythm adjusts and the days still tend to get filled.  For instance, instead of doing laundry at 9pm in the evening or waiting until the weekend, laundry might be getting done at 10am on a Thursday morning.  I might do three loads of laundry in a day.  I might spend the entire day doing laundry.  I might wash every single thing in the house.  Or not.  Perhaps the linens on the bed will get changed on a Wednesday instead of a Saturday.  The breakfast dishes will get done in the morning instead of sitting in the sink until I get home after 5pm.  The house is a bit cleaner, and I can take my time doing chores.  I might take two days to vacuum the house instead of one.  The mail is getting opened the day it arrives.  The bills are getting paid sooner rather than later.  Meals are maybe a bit more comprehensive. There has been a little more attention to detail. The pace has changed.

Instead of attending an art exhibit or other venue on a weekend, I might go see it on a Tuesday at eleven, when it is less crowded and easier to enjoy.  I spend more time reading and more time on the internet, although the latter is something that I would like to curb a bit.  Movies that were missed the first time around because they weren’t captioned when they were in the theaters are now coming out on cable television, captioned, and so I am catching up on them too.

I am reconnecting with old friends I hardly ever saw anymore because we were all too busy or too far away. I am indulging in some newer friends too.  I am spending more time with my children and family.  I have lunch with friends. Or dinner.  It’s great!  My plants are alive because I am seeing them and remembering to water them.  I am noticing what they look like in the daytime instead of with their leaves closed when arriving home in the evening.  I have been experiencing what my neighborhood is like during the week, during the day – who is out and about, the pulse of the block, of the local businesses.

There is a  Bucket List, which has been in existence for many years.  Things on that Bucket List are getting checked off, because if not now, when?   It is an opportunity to be more artistic and creative again – doing the things I have let go from my life while I was too busy doing something else, exploring new ideas that are out there, returning to some old ones I let fall by the wayside, practicing things I already know.  In many ways, it feels like being twenty again, except wiser.  In many ways, it’s like going “back to the days of Christopher Robin, back to the days of Pooh.”  There is a sweetness and a nostalgia going on, as if a second childhood, almost.  I am a lot more relaxed. Waaaaaay more relaxed.  Incredibly more relaxed.

At least this is how it is for now.  Hopefully this has cleared up any questions for those who are wondering.  Maybe I should make a copy of this to pull out for the next time somebody needs to know.

Like Loading...
This entry was posted in Aging, Are you kidding me?, Bucket List, Perspective, Uncategorized and tagged not working, out of the work force, retirement. Bookmark the permalink.

4 Responses to What Do You Do All Day?